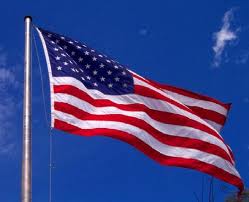 “The difference between fiction and non-fiction is that fiction has to be believable.”

So yes, it was going to take something just a little bit special to lure the Poet from his indefinite impasse. The American Idol finale couldn’t do it. The Biggest Loser finale didn’t do it. Cam Newton going pro (again) didn’t do it. The death and disposal of Osama Bin Laden came close, but then again, hadn’t he consumed enough of our time? But yesterday I witnessed something remarkable and it’s not necessarily that I can’t stop thinking about it; it’s that I don’t want to.

On the strength of Abby Wambach’s goal in extra time of extra time to salvage our World Cup life, the U.S. Women’s National Team wrote a script that no screenwriter would ever have the nerve to consider. It was Indiana Jones escaping the jungle after being run over by the giant rock. It was, in a word – unbelievable.

To be perfectly blunt, I’m not a fan of the soccer we’ve been playing lately. It’s pretty unimaginative and we have some curious desire to repeatedly donate the ball to the opposition. There is no definitive style to speak of. Yes, there is a high ceiling for improvement as far as all that goes. And for years, nay decades, we have been criticized for winning games on athleticism, not talent. And in large part we have. But yesterday’s result did not come down to athleticism. Remember, for the game’s final sixty minutes, we had one less athlete on the field. What the result did come down to is that singular reason, that gift passed down from our forefathers, that convinces people from all around the world to pack up their belongings and leave their homes to start a new life on our shores – the American spirit; that nonsensical notion we all hold so dear that against all odds we can and will conquer the most unconquerable obstacles. It is why they call us arrogant Americans, because we walk this earth as if we have some divine right to believe that we can do the impossible.

That quarter-final, in my eyes, was actually two games. The first game ended with the referee’s comedy of errors that included a bogus penalty kick; the accompanying bogus red card that whittled us down to a ten-player team; the undoing of a phenomenal save of aforementioned kick thus leading to a bogus yellow card; and the retaking of that kick to level the score at 1-1. At that point the second game began and it was no longer about soccer technique or tactics or even athleticism. At that point the game became Brazil’s national soccer team against the American will.

And how fantastic it was to hear the cat-calls every time the world’s best player – Marta – touched the ball! How inspiring it was to hear a stadium full of Germans chanting USA! USA! Surely I was not the only one reminded of Rocky Balboa battling the big Russian at the end of Rocky IV. Above all, it was the resilient and reckless charge up the steepest mountain to right a horrific injustice that defines this script.

Okay, so I’ll say it… the radical change of fortune to misfortune, the extra helping of heartbreak – it couldn’t have happened to a more deserving team. I’m glad it happened. Yes, I’m thrilled that we won. But I am over the moon that we did to the Brazilians who have no one to blame but their Brazilian selves. And how great that in the end, the it was the Brazilians that tripped over their own Brazilian-ness. First Erika with that disgraceful dive… well not really a dive… more like a nap-time lay-down… that blessed us with just enough bonus time. And Christiane, with the ball at her feet and the chance to run out the clock in the American end, tried a senseless and risky pass that was intercepted and then not touched by another Brazilian until there was the need to pick it out of their net. So for Erika disgracing herself and our game on worldwide television, and for Christiane not knowing when enough is enough, I say Ha stinking Ha with a little bit of Tee Hee Hee thrown in for good measure.

If I had her address I would send Erika an email. It would say, “You are the reason that Americans don’t like soccer. You just lost the World Cup.” And of course, “Thank you.” And yes, “Tee Hee.”

The game had so many talking points it’s easy to gloss over the fantastic play of Hope Solo, even when penalties weren’t being fired her direction (she faced seven of them). It’s easy to forget and almost impossible to imagine the contribution of the American defense, particularly when we switched to three at the back, to keep us within striking distance. If you’ve never played, you can’t possibly understand the difficulty of that particular task.

But in the end, this game’s iconic moment was Abby Wambach planting her header into the vacant Brazilian goal to resuscitate us when it seemed there was nothing left to do but go gently into the light.

Ya know, there’s just something about this team. I don’t mean this specific and current group of players. I mean the entity that is the U.S. Women’s National Team. Somehow they keep finding ways to draw this country back in, reminding us how glorious and empowering it feels to wrap ourselves in the American flag and shout from the rooftops. Time and again they deliver on the biggest stages, and that legacy, that responsibility, gets passed down from one team to the next. I loved how in her post-game interview, Wambach referred to ‘all those players that had gone before’ her. It was a nod to those pioneers who gave this sport legs and its athletes opportunities that players would have never even imagined 30 years ago. It began with the 1991 team that took the “world’s game” and beat the world over the head with it. Then the ’96 team followed in kind with a dramatic thriller to win Olympic gold. Then the ’99 team that rose to all unreasonable expectations to not only win the World Cup, but to make sure people were in the seats to watch them do it. Then two more Olympic gold medals, both in dramatic fashion. And now this.

Part of their appeal goes beyond our patriotism though. Part of what attracts us to them goes beyond what they do on the field, because they don’t use that celebrity to play the jackass off of it. Part of why we like them is for the things they don’t do. They don’t bathe in their egos. They don’t turn up in the police blotter or the tabloids or Court TV. They deflect individual praise onto their teammates as if by reflex. In short, they are very convincing in the role of role model. There’s something we crave from our gold-standard athletes, and quite frankly, too often those athletes leave us disappointed. But what our soul searches for – heroes really – has been embodied by this team since the day it was formed.

Much like Team USA in the 1980 Olympics, the signature win really isn’t the money win. There’s still work to be done. And I really hope they do it. I really hope they go all the way and win the whole damn thing. For if they do, they will close the chapter on the 1999 team and all those who follow will have a new standard against which to measure themselves. And then finally, Mia Hamm will have a chance to rest.

In the Team Room at Ole Miss we had a mural – a ceiling to floor, black and white photograph. In the foreground is the slightly blurred image of a player, her shoes two feet above the grass, who has just scored what surely must have been an important goal. In the background, her teammates and fans have risen in celebration, some of them captured in midair by a fortuitous photographer. It’s a moment of pure ecstasy.

When we were designing that room in the spring of ’09, Ellen Lord and I knew we wanted that photo to be the centerpiece, but we didn’t know what catch phrase to put on it. Eventually it was not the goal-scorer that got our attention; it was those fans and teammates celebrating with her. It was how in that one moment in time a player took so many people to a better place with one swing of her foot. It is a gift. No, not just a gift, but the best gift an athlete is given – that chance to inspire people, to reward them for their investment, to move them out of their world and into her own better world for just a few seconds. And suddenly our catch phrase just popped out: This Is Why.

This Is Why. That gift is an athlete’s reward for doing all the hard work, all the sprints, for playing through pain and through rain and for never giving up even when dying seemed like a perfectly reasonable alternative. That one moment… that one chance to move those people is why you do all that.

Shortly after the USA beat Brazil, Ellen wrote me this very simple message: Now that is why.