The Courage of Jill Costello 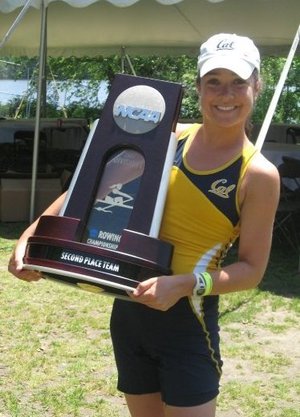 Sorry for the delay since the last post. You may think that the recent dearth is indicative of the site losing steam, but I can assure you that is hardly the case. On the outside the Poet may seem serene, but under the hood a lot has been happening as we move forward to a newer, better Poet.

For starters I wrote a book. Yep. Took me three days. Okay, it’s no Moby Dick, but I can assure you that many a soccer coach (and hopefully some players) will be thankful. I think it is the skinniest yet most useful soccer book ever penned. A bold statement, yes; but I assure you that it is a fluff-free, pure nuts and bolts handbook for real soccer solutions. But let’s come back to the writing of books thing later.

In addition, I’ve been planning a major overhaul to soccerpoet.com that will bring new life to the site. Now all I need is a second mortgage to afford it. I am hopeful that in a month or two I’ll be able to offer a better product. Poetheads (be certain to include both ‘e’s if you ever use that term) can be divided into two groups. There’s the Xs and Os group that is soccer, soccer, all-the-time soccer. And there are the readers who just enjoy being along for the ride. The problem is that each group is left sifting through the other group’s stuff to find what they’re looking for. So I’m hoping to do more to accommodate both groups by dividing the site between the soccer addicts and the people who I’d like to hang out with. Anyway, with any luck, big changes are a-comin’.

As for the book… this latest creation leaves me with three books in the can with a litany of other unfinished projects and a growing sense of frustration about said place in that can. Writing a book isn’t enough. Anyone who puts in the time to author an entire text, especially the part where you have to re-read and re-write a dozen times, needs to see the finished product. And I have yet to do that.

I’ve come close and am now closer still, but once you finish writing and rewriting, there’s a whole ‘nother level of work still ahead that I have no interest in doing but am obliged to do for my own mental well-being. It’s like the more you have, the more you have to do. Buy a big house? Gotta clean it. Got a big, beautiful yard? Gotta mow it. Got a new digital camera? Gotta download the software and then utilize its many features to maximize your purchase. And if you write a book, you gotta get it to market.

I am promising myself that I will not begin any new projects until at least one of these things is actually a book in book form with a price tag and a picture of me in the back jacket. If nothing else it will save me the frustration of going from three unpublished books to four, and that’s good for everyone.

So Athens got hit with 8 inches of snow on Sunday and the schools have been closed all week – as if I needed one more reason to love the south. I was surprised that the schools were closed yesterday; amazed they were closed today; and utterly mystified that they are shut down again tomorrow. I’m not sure why southerners are allergic to snow, but they treat it like napalm down here. I mean snow is only a hazard when the roads remain icy. When you can see nothing but pavement, which has pretty much been the case since Wednesday, it’s okay to drive. And it’s okay to drive without tapping your brakes every ten feet. Just sayin’.

We were supposed to begin training on Tuesday but if you check out the new pics, you’ll understand why we’ve had to postpone. Sunday night’s snow was followed by freezing rain on Monday, giving our fields the glassy look of first period ice at the Wachovia Center. (Okay, a quick note to southerners… first period ice is a hockey reference. Same goes for Wachovia Center.)

Upon realizing that this entry was utterly boring and pointless, I was one click away from dropping it into the recycle bin. That was moments before I picked up one of the many Sports Illustrateds littering my floor that I haven’t yet found the time to read. And that’s when I came across the story of a Cal coxswain named Jill Costello. I don’t want to spoil the story for you, not even a little bit, so I’ll refrain from offering any details. That said, I urge you to pick up the November 29, 2010 issue, the one with Michael Vick on the cover. The story, The Courage of Jill Costello, begins on page 65. I highly suggest that you get your hands on the magazine version if at all possible. In your hands, without the clutter of a commercial website, it will make for a more intimate reading experience and you’ll be thankful. (If you insist on clinging to the computer age at all costs, you can read the story here.)

Get that magazine. Go to a place where you can remain undisturbed for twenty minutes. And bring a box of tissues.

Jill’s story evoked such a cluster of thoughts and emotions that I still can’t decide where to begin. So I’ll just begin here.

Sometimes when I feel jaded I’ll begin to doubt the value of sports. Even after 20 years of paying my bills, sport still leaves me wondering if we don’t pay too much attention to a group of people chasing down a ball or a puck. Sometimes I get worn out by all the attention paid to absurd salaries and professional athletes who get to live above the law and I ask myself how important can it really be. And I think about all those people, those non-athletes, who are convinced that sport is a childish triviality that we’ve chosen to magnify beyond any reasonable degree of practicality. And I’ll wonder if maybe they’re more right than wrong.

And then I’ll read a story like the one about Jill Costello.

And then I feel sorry for them.

I feel sorry for them because they’ll never truly know the power of team. They’ve never experienced the struggle, the gestures both real and symbolic, the ultimate satisfaction of giving one’s total self to something much bigger than the individual, the moments of agonizing surrender that can be erased by a moment of magnificent inspiration that will make excruciating pain instantaneously bearable and make the impossible materialize right in front of our eyes. Because those are the moments that give monumental value to sport.

Too often those stories never see the light of day. They aren’t shuffled to the bottom of the pile – They never even reach the pile. Instead we are inundated with stories of millionaire criminals and egomaniacs who chase the spotlight for doing nothing more than the job that is expected of them. And most of the time there just aren’t enough column inches left over for a story like Jill’s. Then again, once in a while, as readers, we just get lucky.

I am worn out with Tiger and Brett and Michael and LeBron. I really don’t care if Kobe wins another ring. Those stories will never inspire me. But the story of a 110 pound girl sitting at the front of a boat, in a sport that I haven’t the slightest interest in, reminds me what is truly great about sport.

Each year I debate renewing my subscription to SI. I’m always four or five issues behind and nagged by a sense of obligation to make up ground. Sometimes it seems like a minor aggravation that I can easily do without. Then I read a story like the one about Jill Costello and her teammates and I realize that the magazine has just paid for itself.

Do yourself a favor. Read that story. And when you’re done, you’ll probably feel an overwhelming need to start googling to learn more about this amazing, heroic person. I suggest you just start here.