We kicked off our spring season on Saturday by squaring off with a pair of very strong opponents. The way our spring training sessions have been going, the games couldn’t have gotten here soon enough.  Training has been the most intense I’ve seen, which as a coach makes you both happy and a little bit edgy.  You know what they say about familiarity breeding contempt?  Yeah well try being kicked by the same people day in and day out for a few weeks.  You start walking a fine line.  We had one session of 3v3 Transition that was so fast-paced and intense and incredible that the coaching staff spent the last few minutes with our fingers crossed that no one would end up injured.  That was the day we realized that we really needed a game.  Finally we got our wish.

In the morning tilt we got a late goal from Maddie Barker to drop South Carolina 1-0.  It was Maddie’s first goal for the Bulldogs and a bit of a big deal.  Maddie is UGA through and through.  No one takes more pride in representing the Bulldogs than she does.  She’s one of those players that would have committed to us from her crib.  Let’s face it… with a name like Barker, she was born to be a Dawg, right?  Well Maddie was a little bit snake-bitten in the fall so it was good for her to come fast off the blocks in the spring season.

With seven minutes remaining, Maddie got hold of a loose ball around midfield then zoomed her way straight up the center of the park past a pair of opponents before uncorking a 25 yard low liner that skipped past the Gamecock goalkeeper and into the net.  But Maddie wasn’t the only freshman to have a big moment on Saturday.

With goalkeeper Ashley Baker in Spain with the England U-23 team, Woody got her first minutes in net at the college level.  We were laughing in the week leading up to the event about the baptism by fire Woody was about to undergo.  But Woody was cooler than an umbrella drink and exceeded all expectations by coming away with not one shutout, but two.  Because…

In the second game we drew 0-0 with Florida State who surprised us all by bringing their whole team to the event (Tee-Hee inside joke).  Not only did they bring a full side, they brought a full side that included their two superstar forwards that torched the nation for 35 goals in 2009 before red-shirting this past season.  The Noles came to Athens loaded for bear.

So good for Woody!  She didn’t have a whole heckuva lot to do, but she looked good doing what she needed to, including coming well off her line to snatch a cross from the Gamecocks and making a big save from point-blank range early against the Noles.

Both games followed a similar rhythm.  We were slow out of the gates and had to absorb some early pressure.  Then we calmed down and remembered how the game is supposed to be played and dictated the tempo from that point forward.

Okay, I say we were slow against USC.  Against FSU we were just plain horrendous.  Couldn’t pass, couldn’t trap and generally looked like we just didn’t care.  And when you take that approach against a team as good as Florida State, you’re asking for problems.  Thankfully the Noles didn’t make us pay for our malaise and we got to half-time bent but unbroken.  The shot total was even at 3-3, but we weren’t in the same galaxy as our expectations.  So at the intermission we had a little discussion about not sucking.  Then we remembered exactly who we are and just like that the game completely changed.

We opened the second half with a run of twelve consecutive passes and a shot on goal.  We got the ball back almost immediately and strung another eleven passes together and with our identity crisis remedied, we settled into a rhythm that is more our style.  We’re at our best when we’re patient and we keep the ball and that’s what we started doing.  It’s so strange to me that we ever struggle to possess.  All we need is eleven players on the field that remember they’re supposed to pass the ball.  When everyone wants to pass, life is just dandy for us.  For the opponents… notsomuch.

We had one brilliant chance to win the game with a little over a minute left as Maddie pressured an FSU defender into an ill-advised pass back to the goalkeeper that went straight to Lex, unguarded in the 18.  Lex tried to feign her way around the net-minder, but the keeper came up with a big play to preserve the tie.

It was our second tie with FSU in the past seven months as we drew the Noles 1-1 in Tallahassee during a preseason friendly.

On the day we played 3 solid halves of soccer and one we’d like to just forget ever happened.  Defensively we looked very sound.  I had meetings with each defender in the past week to discuss some individual areas for them to focus on in the spring.  It’s funny, but sometimes all it takes is someone saying it out loud.  As I watched the games I could see each defender focusing on the objectives we outlined.  And to be fair, they were pretty spectacular about connecting the hammer to the nail.

We were organized, communicated well, and did a very good job in possession.  And our outside backs kept busy by jumping into the attack to help create some wonderful combinations.  But most importantly, a pair of shutouts against that level of competition makes for a pretty good day.

This Saturday we travel to Atlanta to take on Kennesaw State at the Atlanta Beat stadium.  Hope you can make it out!  Monkeys for everyone! 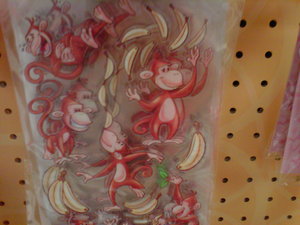