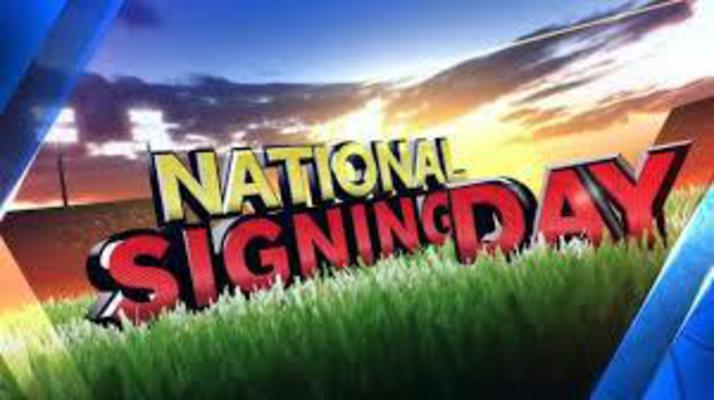 Happy Signing Day! Wednesday is the day when soccer players across the country – and around the world – solidify their commitments to the universities of their choice by signing a National Letter of Intent and an agreement of financial aid, officially putting to bed one anxiety before preparing for a whole new one – their first preseason. By signing that piece of paper, a student-athlete is agreeing to accept the financial offer from the university of his choice and solidifying his commitment to that university.

Signing Day is a joyous occasion for players (and their parents) who are finally free from the distractions and stress of the recruiting process. This is the payoff for all those miles logged to showcase events, all those bills for plane tickets and hotel rooms, and all those hours shuttling to and from practices, games and unofficial visits. It is equally welcomed by college coaches who will breathe a little easier when the fax machine whirs to life and they see their top recruits officially signed on the dotted line. Signing Day is the day when a high school soccer player officially becomes a college soccer player. It may not be recognized on the Gregorian calendar or even notated on your At-A-Glance monthly planner, but Signing Day is a holiday for athletes. Heck, it’s bigger than a holiday; it’s their wedding day! For a year or two they played the field, attracting suitors along the way. As sophomores or juniors they picked a college and got engaged with a verbal commitment. But it’s not until the first Wednesday of February in their senior years that they exchange rings and make it official.

Even with all the fanfare that Signing Day now generates, there are still some misconceptions that players and their families should be aware of, so let’s look at five myths about National Signing Day.

False. There are actually several different Signing Days. The first Wednesday in February is the most recognized Signing Day, but that’s due to the popularity of college football. Only a handful of sports actually use today as their official Signing Day, including football, soccer and men’s water polo. The other sports kick off their signing periods in other months.

False. Signing Day is merely the first day of an extended signing period that, for soccer players, actually lasts until August. The vast percentage of soccer players will sign on the first Wednesday of February, but plenty of players will finalize their paperwork at a later date. If you know the school you want to attend and you’ve agreed to their financial offer, there’s really no point in waiting. The signing period might be extensive, but all the buzz happens on Signing Day. Anyway, most families couldn’t be happier to make it official, and the sooner the better. It’s a chance to cross-off one of the biggest items on life’s to-do list. If a player signs later, it’s often because she’s a late discovery, like an international, or a player that managed to fly under the radar during the prime recruiting years.

False. This one is important so pay attention. Walk-ons are an important part of the college soccer landscape. Just because they aren’t being awarded a scholarship, it doesn’t mean they shouldn’t be celebrated for achieving their goal of playing college soccer. Part of that celebration is the press release that each college will produce to introduce its incoming class of rookies. It’s undeniable proof that you’ve climbed the mountain. For parents, it’s a source of tremendous pride. It’s also validation that they have, in fact, kept up with the Joneses. It’s a little piece of family history that will go straight to Facebook, and you want to be a part of it!

The problem is that according to NCAA rules, walk-ons cannot be included in that release. HOWEVER, there is a lovely little loophole in that rule. Walk-ons can in fact be included in that release if they’ve paid their housing deposit to the university. Now that’s what the NCAA says. Ultimately, even if you pay your housing deposit, your university still has the discretion to decide its own policy about whether or not you may be included in the Signing Day release. Why a college would choose to exclude a walk-on from its Signing Day release is beyond me, but it still happens. If you are walking on to a college soccer program, have this conversation with the coach well in advance of Signing Day. For starters, there’s half a chance he isn’t even aware of this rule. Secondly, he may need time to lobby the administration as he champions your cause.

False. And True. By signing your NLI and agreement of financial aid, you are duty-bound to that university for your freshman year. However, if you have an eleventh hour change of heart, you can back out of your commitment and choose to go to a different university, but now you may have to deal with some consequences. If you decide to play at a different university, you’ll need a release from the university you signed with. If that coach/university releases you, then you can proceed as if you’d never signed. However, if the university refuses to grant your release, you can still attend your new favorite school, you just won’t be allowed to play soccer there for your freshman season.

Congratulations to the Signing Class of 2016! I hope you have a college soccer experience that is fulfilling and memorable and without regret! It’ll be tiring and taxing and it will test your resolve over and over again, but it will also be the best job you ever have. Don’t ever forget that!

If you’d like to get a head start on preparing for your college soccer career and that monster known as preseason, I hope you’ll read my book ROOKIE – Surviving Your Freshman Year of College soccer.