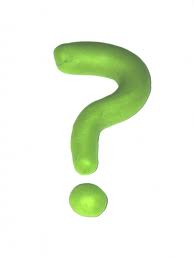 Okay, so I’m posting two blog entries today. So if you haven’t read Ineptitude, make sure you do before checking out. Besides, this one isn’t really a blog entry. It’s more of a memo. I am giving notice that the first edition of the Christmas Mindbender – Poet Style – will be the next blog entry. My hope is that the advance notice will put the Poet readership on some type of equal footing when it comes time to compete. A few colleges ago I was introduced [...]

“What’s the difference between an elf and a slave?” - Brittany Pierce Most days I’m a friend to the Christmas spirit. Let’s face it; I’m a kid at heart – and what kid doesn’t absolutely love, love, LOVE Christmas? I love trees and lights and shiny decorations and the conveyor belt of baked goods that magically appears each December to fatten me up. I’m crazy for piles of presents under the tree and the jolly ol’ fat man on his [...] 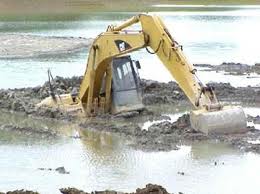 As promised, the Belmont story has wings. Today CNN’s Headline News ran this segment. But the report that must have a battle-weary Belmont brass wondering where exactly the wheels came off was Tuesday’s story from Nashville Scene that proposed this little gem: Belmont University may have been founded by… (wait for it)… (honestly couldn’t make this up if I tried)… LESBIANS. Doh! Man. Talk about your all-time backfires. In a 1996 article, Nashville [...] 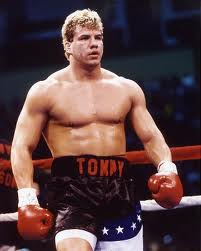 Let me begin by saying that Robin Confer makes the best chili I’ve ever had. At first I thought it was because there’s about a pound and a half of ground beef in every bowl – and let’s face it, we award big big bonus points for that – but it’s also just plain delicious! I’ve had three bowls in the past two days and she may find me at her door begging for more before the week is out. One of the cool things about keeping this blog is it puts me back [...] 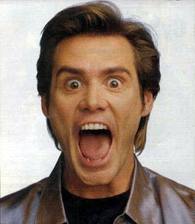 It’s 11 P.M. You may be thinking, aren’t you supposed to be asleep? Well, here’s the thing. By and large I slept until 4 this afternoon. And I’ve got to be awake at sometime I reckon. So 11 P.M. it is. One silver lining to this Ebola thing is that I’ve been having these really vivid (and wonderfully bizarre) dreams. The other night I had one that I was returning to Bethany to play one more year of college soccer. My college coach, JC, was still the coach. The [...] 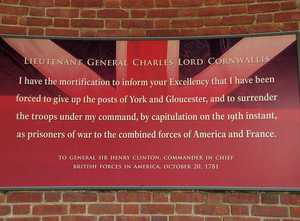 Happy Thanksgiving! Happy Christmas! As a matter of fact, Happy Everything! And congrats to the Georgia football Bulldogs for a great win over Georgia Tech on Saturday! State Champs 2010!! Just a heads up, I’m heavily medicated so this one is gonna be all over the shop. Thanksgiving was spent on the couch (more about that later) but thanks to Nooj, his wife Janna who prepared an amazing Thanksgiving dinner, and to my boss who drove it to me a la meals-on-wheels, I got to wolf down a [...]

Friends, it is with great sadness that we mourn the passing of Jeep who drove her final quarter mile this past Saturday morning. She went out as she would have chosen, much like we all would – making another airport run. But let us not dwell on the sorrow in our hearts, but instead celebrate the life of our newly departed sister as she crosses over to a smoother, better lit highway free of toll booths, texting drivers and flattened armadillos, where windshields need never be scraped of [...]

Yesterday was the closest thing I’ve ever known to being on Death Row, awaiting the inevitable arrival of the black-hooded executioner. Not exactly the way you hope to feel on Selection Show Monday. When we got back from Orange Beach on Saturday night we knew we were more than a bubble team. We were THE bubble team. In a 64-team tournament, we were either going to be elated to be #64 or devastated to be #65. We also knew our chances would be heavily swayed by Sunday’s results. [...] 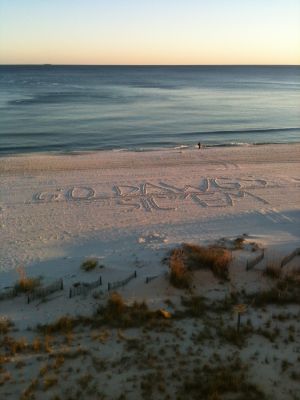 So the question was, rhetorically, “How bad can a bottle of ketchup go in seven hours?”  We were cleaning out our unit at the Summer House condos in Orange Beach, AL, trying to decide which of our foodstuffs would make the cut for the return trip to Athens and which would be jettisoned down the trash chute.  This particular bottle of ketchup cost us $1.79 at the Orange Beach Publix.  That’s one dollar and seventy-nine cents.  Less than a Starbucks venti. [...]

Slacker, thy name is Poet. Yeah, yeah – I get it. Bad me. Bad, bad me! But before I stumble into my own defense, let's first get a big shout out to the Nugents, Steve and Jana, who just grew their family by one with the addition of Connor Jack this past Tuesday. Woo Hoo! Connor Jack checked in at a happy, healthy 6.5 lbs. Been quite a week for Steve because about 48 hours before CJ's arrival, Nooj was embarking on his quest to run the Athens Half Marathon, a feat that he [...] 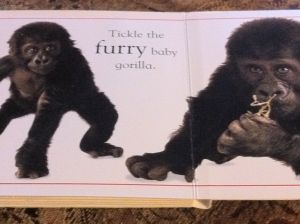 Monkey of the Day... children's book style... A guy called me ‘sir’ today. And when I say guy, I mean like 30 years old. A thirty-something called me Sir. And not in that chummy, cheerful southern way. He called me Sir in that respect your elders way… and, well, it hurt me. It hurt me bad. I don’t get this aging thing. It’s lost on me. Yeah, my body creaks and rattles more than it once did, and yes there are days (like tomorrow) when my spine needs to [...] 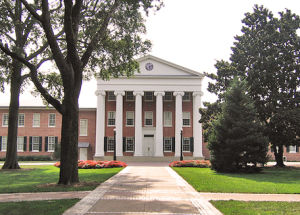 THURSDAY OCT 7 9 A.M. – Our bus leaves as scheduled for the 400 mile jog to Oxford, MS. Before we get out of town we stop at Cracker Barrel to pick up our to-go breakfast order. I remind the team of our policy on red-meat leftovers – they come straight to me. I may not be passionate about many causes, but I am steadfast in my opposition to wasted bacon. Our bus is top-shelf - six 20” screen televisions (3 on each aisle) and a 60” flat screen on the back wall. We [...] 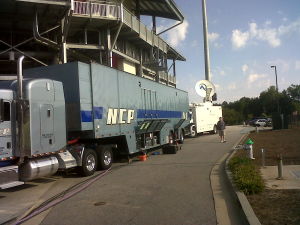 It’s been a while since we led with the Monkey of the Day. This one comes from a bag that appeared in our training room. Tomorrow the Dawgs take the show on the road for the first time in a few weeks as we head west to Oxford, MS for a duel with the Rebs of Ole Miss. Yeah, there will be some undeniable subplots in play this weekend, but we’re going to do our best to ignore them and focus on playing the best game we can play and letting things fall where they may. But before we [...]

So Friday night was interesting.  The Dawgs had a bit of a knock-down, drag-out with the Kentucky Wildcats.  In the end the best we could manage was a 1-1 draw.  You know, as the game was being played I wasn’t exactly thrilled with the way we were performing.  Not that we were awful… just thought we looked a little lackluster.  But now having had the chance to watch the video, as it turns out, we were actually pretty darn good.  As a matter of fact, [...]

I used Saturday night to watch the video of Arkansas v Tennessee to prepare for Sunday’s match with the Razorbacks. About 20 minutes into the video I was thinking, Wow, they’re gonna cause us a lot of problems. They had a couple of dynamic attackers that I was particularly worried about. When those players can receive the ball and face up, it creates a lot of havoc because Arkansas loves to interchange positions as they go forward. There’s no straight up and down. It’s [...]