Everything Your Coach Never Told You Because You're a Girl

(and other truths about winning!) 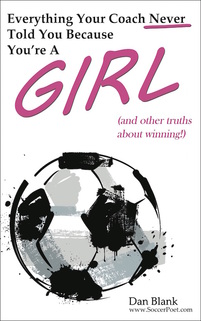 This is what your coaches would have said to you if you were a boy, told through the story of a small-college team that won more games than it ever had a right to win. It’s an inspiring and straightforward look at the qualities that define the most competitive females, and what separates the ones who get it from the ones who don't.

Since its release, Everything Your Coach Never Told You... has developed a bit of a cult following amongst coaches and female athletes from a variety of sports. Soccer, field hockey, swimming, and basketball teams (and one equestrian team) have all rallied around this book as a their competitive anthem.