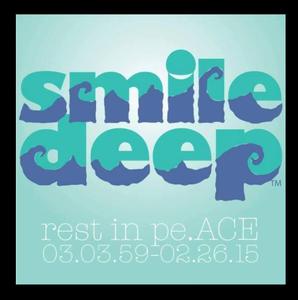 I’ve been sitting at this keyboard for ten minutes, and for the life of me I can’t figure out what the second sentence of this entry is supposed to be.


If you’ve been here before, you’ve met Ace. I only hope that you also had the chance to meet the man himself. If you did, you already consider yourself lucky. If you didn’t, I’m sorry you were cheated.


I count five heroes in my life. Only three of them ever knew my name. Ace was among them. I chose my college because of him, and because of that choice, my world is what it is. Many of the very best friends I have, I have because of Ace. The greatest experience of my life – college soccer – I had because of Ace. I owe so much to this guy that I can’t even begin to explain it.


A few of us visited him in the hospital on Monday. He was heavily sedated. He never moved; never spoke. We celebrated when he opened one eye for half a beat, and that one time when his right arm flinched. But they swore he could hear every word we said. I’m glad I told him he was my hero. I’m glad I said goodbye.


Seeing him in that bed, it was tough to imagine Ace pulling one last rabbit out of his hat, but the doctor was cautiously optimistic. When he said Ace might walk out of there, I literally almost laughed. I almost laughed because I was thinking about how frustrating it must be for fate with this guy Ace continually screwing up its calendar. It must be like trying to grab the last minnow in the bucket. I smiled at the thought of Ace pulling off one more great escape with all of us cheering for him while simultaneously shaking our heads in disbelief.


The outpouring on Facebook was like nothing I’ve ever seen. Within an hour of his passing, his wall was buried in eulogies. Everyone had his or her own thing to say, but what they all had in common was a deep affection for a man who made their lives a little bit brighter. Just take one look at that smile and you know all you need to know about the man. What you see is what you got.


I was sad. I cried. Again. But to be honest, the sadness has sorta gone away, at least for the time being. I’ll be sad again tomorrow. Maybe even later tonight. But right now, more than anything, I’m pissed. I want answers and I want them now. I want an audience with God. I want to tell him that he got this one wrong, that he owes us one, and that the player-to-be-named-later had better be something pretty damn special.


And then I think about what Ace would’ve said to that nonsense. It’s the same thing he said to me back in August. “You can’t worry about it, Danny. Just let it go. Life’s too short.” Ace never let himself get bogged down with the hassles that consume so much energy from the rest of us. His willingness to ignore the trivialities was his great paradox. For a man who fought so hard for so long, he was also so very willing to concede the little battles in order to keep the spirits high.


Sometime in the early 1990s, Ace had a bumper sticker. I’ve seen it on numerous bumpers in the years since, but that was the first time I’d ever seen it. Three little words so perfectly portrayed the core of this big man’s soul. It’s funny because over these past two decades, whenever I think about Ace, that bumper sticker is always the first thing that pops into my mind because it summed him up so very well. All it said was: ‘Mean People Suck.’


In the end, I think cancer was Ace’s second-greatest fight. I believe his greatest one was to cure the human condition. He wanted everyone to live, love and enjoy our time together, the way he enjoyed his. It’s like he discovered the secret to happiness and wished everyone else would just believe him and follow his lead. He must’ve picked up some knowledge during all those hospital stays, because in the end, he gave us the only prescription we’d ever need: smiledeep.


I’ve written a fair share about Ace, but there was only one time when he felt I got it exactly right. He asked me to send him this quote several times. Each time I did, he managed to misplace it, so I’d have to send it again. He told me he wanted it on his headstone, so I figured he’d be okay if I posted it here one more time.


Thank you for the friendship and the inspiration, Acer. You were a great player, coach, father and friend. You have always been loved and you will forever be missed. Smiledeep.

His entire existence was predicated on the solitary principle of making other people happier than they were ten seconds ago. 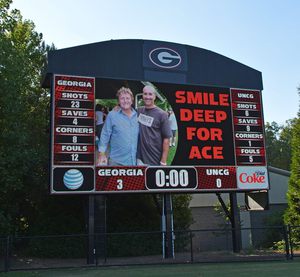